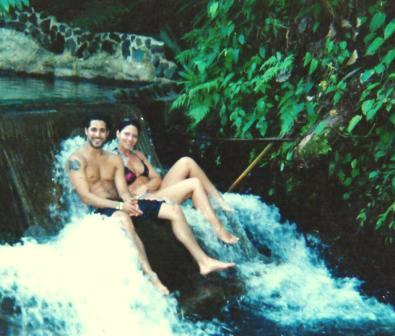 Bathing has been an essential element of daily life for most people; however, many do not realize the benefits of therapeutic bathing. Many different types of therapeutic baths exist including mud baths and hot mineral spring baths. These specialized baths have been used throughout history for various bodily ailments as well as in beautification regimens.

Ancient Roman baths consisted of three separate chambers: a hot water bath, a warm water bath, and a cold water bath. Small Roman bathhouses, called balneum, (blaneotherapy or the therapeutic use of water) were open to the public for a fee. Larger baths, called thermae, often covered several city blocks. The largest of these, the Baths of Diocletian, could hold up to 3,000 bathers.

In Mexico, Zapoteca mud baths are an ancient body treatment where “lodo” or mud is used to promote healing. Legend has it that the indigenous people of Mexico have been using this specialized mud found in the La Bocana region for years, specifically for cleansing and health reasons.

Moor Mud (peat) is an organic substance, made from the natural decomposition of various types of plants under special conditions. It consists of organic residue of herbs, flowers and grasses. Over thousands of years this residue was transformed into a fine paste that easily dissolves in water. It has unusual concentrations of bio-minerals, trace elements, vitamins, amino acids, plant hormones and fatty acids in a molecular form that is easily absorbed into the skin. Think of it as a plant extract not from just one plant, but hundreds that reflects the environment of earth 10,000 years ago.

Rhassoul Clay is a truly unique clay from ancient deposits unearthed from the fertile Atlas Mountains of Morocco where it has been used for over 1400 years as a skin conditioner, soap, and shampoo. This clay has a long history, and was used in ancient Rome and Egypt by those of nobility.

Bentonite Clay (Montmorillonite) is an edible clay from naturally occurring volcanic ash sediments, which contains over 70 trace minerals. The largest and most active deposits come from Wyoming and Montana.

Zeolite Clay is a Greek word meaning ‘stone that boils’. When heated, this natural stone begins to dance around as the water evaporates. Zeolite is a mineral that gives off negatively charged ions which neutralize toxic matter. Zeolite has the ability to absorb, store and neutralize toxins making it a valuable detoxifying ingredient. It is rich in silicon, calcium, potassium and iron.

Dead Sea Mud has been used by both Cleopatra and Queen Sheeba to enhance beauty and for its therapeutic effects. This specialized mud contains more than 20 types of salts and minerals including magnesium, calcium, potassium bromide, silicates, natural tar and organic elements. While these beneficial minerals are used to treat many types of skin disorders, the presence of silicates is what produces soft and supple skin.

Volcanic Mud or ash has been used for centuries to treat a wide variety of infections due to its anti-bacterial, anti-viral, anti-yeast and overall disinfectant qualities. Volcanic ash is high in sulpher, an active mineral ingredient which not only helps the body resist bacteria but actually destroy it as well.

Mud and clay both have an uncanny ability to heal, nourish and detoxify. They have been used to treat a multitude of ailments from arthritis, and hormonal imbalance to relieving symptoms of psoriasis and rosacea. Their actions are anti-aging, anti-inflammatory, and acts as a natural antibiotic and detoxifier. 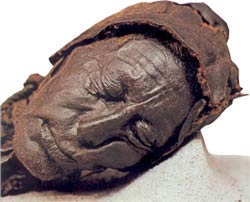 One of the most famous examples of moor mud’s ability to preserve the human skin is the Tollund Man who was amazingly preserved in a peat bog for thousands of years without additional preservation.

Anti-aging through mud and therapeutic baths? Sign us up!